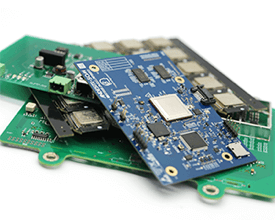 What is PCB Assembly?

Before the assembly of components, a circuit board is referred to as a Printed Circuit Board (PCB). A combination of different automatic and manual PCB assembly tools are utilized in a process called soldering, where the actual assembly takes place. After the soldering of the components is complete, the board is called the Printed Circuit Board Assembly (PCBA), Printed Circuit Assembly (PCA), or PCB Assembly. Before a PCB can be used in any electronic gadget or equipment, the passive and active electronic components must be soldered onto the board. This assembly will depend wholly on the desired function of the circuit board, the type of PCB, and the type of electronic components in play. Other different consumables and electronic parts are also important requirements for PCB assembly: Basic electronic components: Soldering materials (solder bar, solder wire, solder balls, solder paste, solder preforms following the soldering to be performed). Soldering equipment (soldering station, SMT equipment, wave soldering machine, testing equipment, inspection equipment)

Why You Should Be Focusing On China

PCBs are essential in today’s modern world. Technology is continuously improving, and so is the need for state-of-the-art gadgets and electronics to power these advancements, in which PCBs play a critical role. The manufacture and assembly of PCBs are as crucial as the design process as very careful contemplation must be considered. China is a leading force in the global PCB manufacturing and assembly market. While the strength of other markets like the United States has been on a steady decline through the years, it has been a very different story for China. Let’s have a look at some statistical facts that strongly indicate PCB assembly in China trumps other PCB assemblies and should be a strong consideration for all serious electronics manufacturers looking for efficiency and effectiveness. The United States PCB industry generates about $4 billion each year in revenue and has registered a -2.7% yearly decline in the past few years. Less than 500 companies are active, and manufacturers employ about 21,000 people. On the other hand, China’s PCB industry has a revenue of about $95 billion and has recorded a growth of 8.4%and there are about 2,500 companies active, creating nearly 700,000 jobs. The manufacture of Flexible Printed Circuit Boards in China contributes about $7.5 billion to the global PCB revenue.